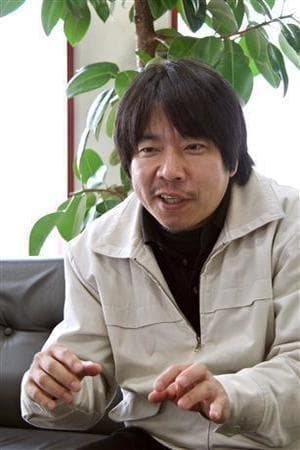 Ootsuki Toshimichi was born December 18, 1961 in Ibaraki Prefecture, Japan. He is an anime and tokusatsu producer, managing director at King Records and the founder and current representative director of animation studio Gansis. He graduated from the Department of Agriculture and Veterinary Science at Nihon University. He is a guest professor at the Osaka University of Arts Department of Arts and a guest teacher at 81 Produce. Ootsuki's first venture into the animation business was a part time job at animation magazine Animage. In 1984 he joined Starchild, where he started working as sound producer. He was involved in the making of special effects for Godzilla. After Fujita Junji left to establish Starchild was on the verge of ceasing to exist, after losing many of its staffers but was made by Ootsuki a successful company once again. Ootsuki is one of the key people in the animation industry, having been heavily involved in the establishing of a female voice actor boom starting in the early '90s. Which was supported by the production of image songs and radio drama cds, many of which he was the sound producer of. One of the voice actors he brought into stardom was Hayashibara Megumi. He was also involved as producer and planner of many hit shows throughout the '90s. Such as Neon Genesis Evangelion, Utena, Nadesico - Prince of Darkness, Slayers and Lost Universe. (Source: AniDB)