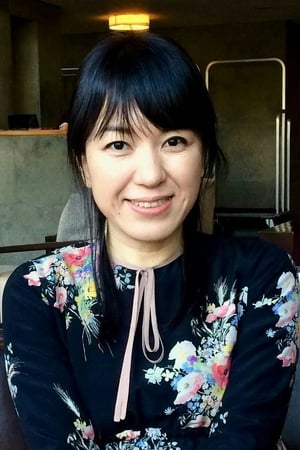 Mari Okada (Japanese: 岡田 麿里) is a Japanese screenwriter, director, and manga artist. She is one of the most prolific writers currently working in the anime industry. She won the 16th Animation Kobe Award. Okada was born in Chichibu. She was often bullied at school and skipped days to deal with social anxiety. After leaving middle school, she would spend most of her time confined at home. In spite of this, her proficiency at writing helped to get her into high school, although her social anxiety remained a problem. Nobody had high hopes for her, and as she was graduating, she was constantly told that she “wouldn't survive in the real world.” Okada enrolled at the Tokyo Amusement Media School to study games. Through her studies, Okada developed a passion for screenwriting, but found it difficult due to anxieties. Her earliest jobs included creating scenarios for direct-to-video pornography and transcribing interviews for a magazine. It was through this latter job that she met Tetsurō Amino, who asked her to contribute some of her ideas for the plot of DT Eightron. She went on to write the script for five episodes, and the connection with Amino helped in kickstarting her career. Okada pitched an idea for her first original anime, based on her experience. The screenplay was never published, but several elements of it would be used in some of her works. After several years, her reputation within the industry had grown considerably, with the screenplay for numerous successful series. Okada wrote the script for her directorial debut anime film Maquia: When the Promised Flower Blooms. It was well-received by critics and was awarded the prize for the best animated film at the 21st Shanghai International Film Festival. Description above from the Wikipedia article Mari Okada, licensed under CC-BY-SA, full list of contributors on Wikipedia.