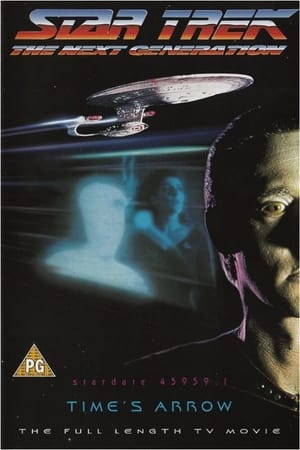 An engineering team finds evidence of an alien presence on Earth in 19th century San Francisco: Data's severed head, buried five hundred years ago. An investigation inadvertently sends Data back to 19th century San Francisco, where he meets Jack London, Mark Twain, and a younger version of the long lived Guinan. Following Data back in time the crew of the Enterprise must locate Data and prevent his death while stopping the enigmatic Devidians from destroying Earth's history.