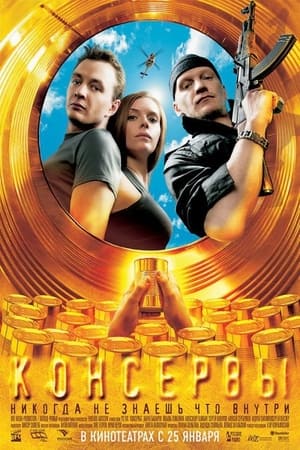 Konservy (2007) (Tins, Russian: Консервы) is a film about a journalist who possesses information on uranium sales and is set up by his enemies and sent to prison. Initially the film was planned as a political thriller, but along the way it gained features of action with elements of mysticism and surrealism.The film is full of vivid pictures of spy and terrorist games in Moscow, modern Gulag in the Far North, gold mines, escape with elite spetsnaz in the pursuit, underground community of permanently high punks, and other quite unusual settings.