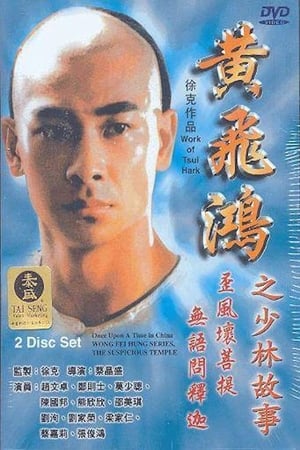 Shaolin Temple, not only was the sacred place amongst the monks, but also regarded as the Chinese martial arts origin. Why did it become the battlefield of a fierce duel? After knowing that the head monk of Shaolin, Hung Chi was seriously ill, Wong Fei Hung together with his disciples Club Foot and Chu Yuk Wing went to Shaolin immediately. Out of his expectation, Chi refused to see him and the monks always embarrassed them during the visit. Even worse, Club Foot was imprisoned in the Labour Camp of the Temple without any reason. Facing all these strange things, ominous feeling bred from Hung's heart. In the meanwhile, Hung accidentally met Hung Wan, the one with a high social prestige in Shaolin. Wan then told him everything. The disclosure of the scandal inevitably angered the culprit who in turn sweared to eliminate Hung at all costs. On the blink of war, the buried page of Shaolin secret history was no longer be sealed.