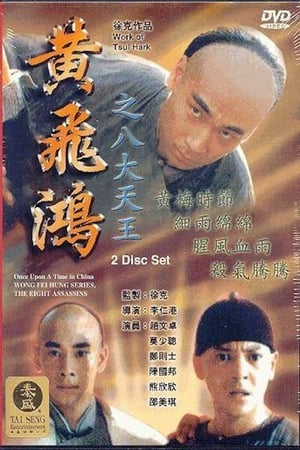 First in a series of made for TV films: Burnt by the seeds of hatred and grudge against Wong Fei Hung, Prince Shing recruited eight magnificent fighters, nicknamed The Eight Demi-god Fighters' to challenge Hung. The ky man, Priest Geing-fax was the ex-disciple of Shaolin Temple. He had learnt the highest level of Shaolin Kung-fu "Bone Marrow Revitalization Mehod" in which made him become invulnerable. Out of his griev-ances towards Shaolin, he sweared to eliminate all its adherents, especially Hung. Never and ever had Hung met such a formidable man before, however, he still accepted this lethal duel in the name of Po Chi Lam despiting the fact that he was really at the death's door.