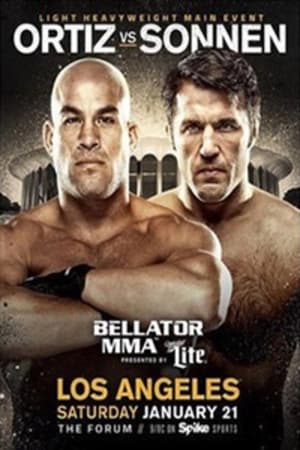 Ortiz vs. Sonnen took place on January 21, 2017 at the The Forum in Inglewood, California. The event aired live in prime time on Spike TV. On October 18, 2016, it was announced that former UFC Light Heavyweight Champion Tito Ortiz and UFC veteran Chael Sonnen would headline this event. Sonnen owns career wins over the likes of Yushin Okami, Nate Marquardt, Brian Stann, former UFC Light Heavyweight Champion Maurício Rua and the current UFC Middleweight Champion Michael Bisping. Ortiz is a UFC Hall of Famer and one of the most decorated champions in UFC history. "The Huntington Beach Bad Boy" signed with Bellator in 2013 and has gone 2-1 with the promotion. He has wins over the likes of Alexander Shlemenko, Stephan Bonnar, Wanderlei Silva, Ken Shamrock and Forrest Griffin. A women's bout between Rebecca Ruth and Colleen Schneider was initially announced for this card. However, the bout never came to fruition for undisclosed reasons and Ruth was replaced by Chrissie Daniels