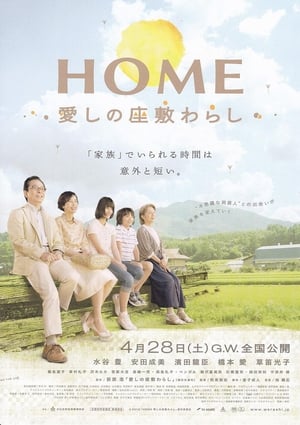 When Koichi Takahasi (Miutani) is transferred from Tokyo to a small village in Iwate Prefecture, they set up hoe in a two-hundred year-old farmhouse. The family is split between those who hate the move and those who are happy. Fumiko (Yasuda), the wife, is unhappy at the change and doesn’t get on with her elderly neighbours, Azumi (Hashimoto) is sad about having to transfer to a new school. Koichi’s mother, Sumiyo (Kusabue), rather likes the new community while young Tomoya Takahashi (Hamada) really enjoys the new move because he can play outdoors. Koichi takes note of the split in the family but finds himself struggling at his new job. Thankfully the house has Zashiki Warashi (yokai) living there who will unite them with their antics. Judging by the poster these antics won’t be terrifying.